If you’re interested in bow hunting, you will usually be making a selection between a crossbow vs compound bow.

The main advantage of a compound bow vs a crossbow is they are quieter, weigh less, and have a faster reloading time. However, compound bows do not shoot as fast as a crossbow and there is more room for human error.

A compound bow is what you probably picture when you think of a “modern” bow. Instead of a simple arc of wood or carbon fiber, it has pulleys and cams at both ends. As you pull back on the bow, the cams rotate, eventually reaching a point where they hold most of the weight of the bow. This makes them easier to aim and shoot than an old-school recurve bow.

The advantage of the crossbow vs a compound bow is they shoot a faster arrow and can provide a more consistent shot. However, crossbows require time-consuming reloading with a separate cocking device and tend to be much heavier than compound bows.

The crossbow, on the other hand, is designed to be loaded and fired mechanically. The bow is oriented horizontally rather than vertically and is mounted on a frame that’s similar to a gun. This can make it easier to learn, especially for people who are already experienced with a rifle or a shotgun.

To be fair, there are other types of bows as well. Recurve bows retain their niche use, and some people even hunt with longbows. However, those types of bows are generally only used by experts. If you’re a beginner, you can learn a lot of the basics — and harvest a lot of venison — with a compound bow or crossbow.

Why Use a Crossbow? In one sense, you really can’t go wrong with either a compound bow or a crossbow. That said, crossbows are capable of delivering more power.

A modern crossbow bolt can travel at nearly 500 feet per second and can deliver nearly 140 joules of force. A compound bow, on the other hand, will top out at just over 325 feet per second and delivers a maximum of about 120 joules. Regardless, either one is going to be more than powerful enough to bring down a buck at ethical bowhunting ranges.

Speaking of accuracy, crossbows are easier to aim. This isn’t the same as inherent accuracy. In and of itself, any kind of bow is only as accurate as the archer and the arrows that are being used. A good compound bow, handled by a competent archer, will equal a crossbow fired by a similarly-competent archer. That said, there’s a big difference between what qualifies as a “competent” crossbow archer as opposed to a competent compound bow archer.

A crossbow has a stock, a grip, and usually sights that will be familiar to anyone who’s ever shot a rifle. A crossbow is much more like a gun in this regard. Once it’s been loaded and cocked, you just have to aim and shoot. This means less movement on your part, and less risk of blowing your cover.

Why Use a Compound Bow?

When you’ve practiced and practiced for what seems like forever, getting that first kill is so much more rewarding. If you want to tackle a more challenging hunt, a compound bow will scratch that itch. That said, there are several practical benefits that make compound bows objectively better in certain situations.

Compound bows are quieter when they fire compared to crossbows. This means that in the event of a miss, you’re less likely to spook the animal.

Admittedly, if you miss a deer entirely at any ethical range, you need more practice. But if you’re hunting squirrels with small game arrows, misses are almost inevitable. When that happens, a compound bow gives you a better chance of getting a clean follow-up shot.

Compound bows versus crossbows are faster to reload. Just grab another arrow from your quiver, nock it, and pull the bowstring.

Experienced archers can reload a compound bow in well under a second. A crossbow, on the other hand, needs to be cocked after each shot. This means cranking on a built-in cocking device, or even using an external cocking device. Under the best of circumstances, this will take you around 30 seconds. By the time your follow-up shot is ready, your prey will be long gone.

A compound bow is longer than a crossbow, but actually takes up less space in a stand. This is because when the bow isn’t drawn, all of that size is in one dimension. Sure, it’s long, but it’s not terribly wide or thick.

A crossbow is comparatively wider in both of those other dimensions, so it’s more awkward in a confined space. If you’re trying to sit comfortably, it’s tougher to do with a big crossbow laying across your lap than with a compound bow propped next to you.

Compound bows are lighter than crossbows, which makes them better for trips where every pound matters. For example, if you’re spending two days trekking out into the wilderness to hunt elk, a crossbow is a lot of extra weight and bulk. Your average compound bow weighs around five to seven pounds, while a crossbow weighs around seven to nine pounds. So there’s some overlap, but in general, compound bows are easier to tote around.

With a compound bow and good practice, you should be able to be accurate at a range of 40 to 60 yards. A crossbow can have the same accuracy of 70 to 90 yards.

This 20-25% increase in range is due to the higher capable FPS and better stabilization when shooting a crossbow compared to having to physically draw a bowstring right when you need to take the shot.

Is a Compound Bow Better Than a Crossbow?

Before we talk about which type of bow is better, let’s be perfectly clear. There’s no “right” or “wrong” answer here. It all depends on what you want to achieve, as well as what you’re trying to hunt.

At the end of the day, the best type of bow is going to be the one that lets you make the most reliable, humane kill. If that means using a crossbow, use a crossbow. Or use a compound bow if that is a better fit.

So, why would someone want to choose one over the other?

Why Buy a Crossbow vs Compound Bow?

For one thing, crossbows are a better choice for people with many disabilities. Yes, there are plenty of archers in the Paralympics who are insanely accurate. But for the average person with back, neck, or shoulder pain, the practice required for compound bow hunting can be needlessly painful and uncomfortable.

Using a crossbow isn’t just easier, it’s also the more ethical option. You will be able to get more practice and you will be better prepared to make a clean kill.

Draw weight isn’t just an issue for people with chronic pain or disabilities. It can be a problem for younger people, or for anyone with a very small frame. If you can’t reliably draw and fire at least a 40 to 45-pound bow, you can’t ethically hunt with one. Because a crossbow is hand-cranked, it doesn’t require as much strength to operate. Similarly, practice time can be a concern for anybody. If you only have a few hours a year to spend at the range, a crossbow is a much better choice.

Why Buy a Compound Bow vs Crossbow?

On the other hand, many people love spending time at the range as a form of recreation in its own right. A trip to the range is a great way to spend a few hours on a Saturday. Also, if you’ve got a reasonably large property, you can even shoot after work in your backyard.

If you want to do a lot of target shooting when you’re not hunting, a compound bow can be a better choice. For one thing, you don’t have to cock it after each shot. For another thing, you get to enjoy the increased challenge that comes from shooting a more demanding bow.

Another advantage of compound bows is their versatility. Many states only allow crossbow hunting for people who are physically unable to use a compound bow.

Unless you’re disabled, you won’t be able to use a crossbow in those states. Even in states that do allow crossbow hunting for the general population, it’s often limited in scope. For instance, New York allows compound bow hunting a full two weeks before you’re allowed to get in the field with a crossbow.

This gives compound bow hunters the first shot at all the prize bucks, as well as two extra weeks of hunting. If you want to spend the most possible time in the field, a compound bow is a better choice. 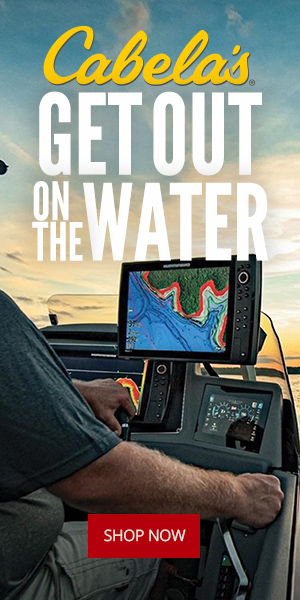 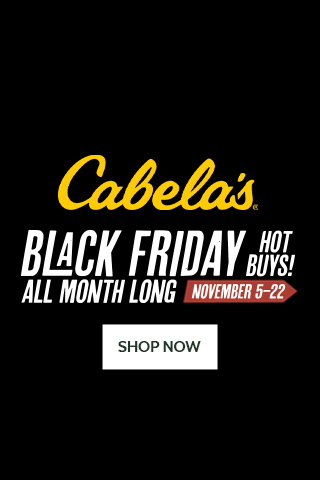